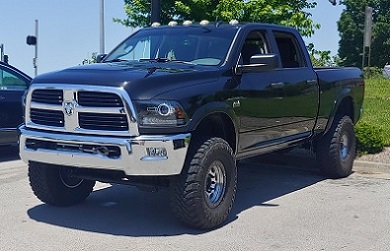 I wouldn't personally spend my money on either. I don't have any experience with the Pedal Commander, but all it does is manipulate the signal from your pedal to act like its applying more throttle than you really are. The result is better throttle response and feel, but power is the same.

As for the Pulsar unit, IMO its a waste of money. From my understanding it is just a single canned tune with limited options, and no capability for custom tuning or anything of that nature. If it acted like a piggyback unit like the Power Commander and such for motorcycles and other toys where you could actually do custom tuning without modifying the PCM itself, it would be tits. Back when I was looking around, there was talk about the potential for them to add custom tuning in the future, but I don't know if that would be some sort of firmware update to the unit, or if you would need a completely new one if and when that feature became available.

I wouldn't suggest anything other than a custom tune from Hemifever (or comparable- I went with Hemifever so that's all I can speak to). With the Pulsar you are looking at spending $500+ and you really don't have much to show for it. The Pedal Commander is about 300 bucks, and literally all it does is manipulate your throttle signal. I spent 600 bones for Hemifever's PCM exchange with stage 1 tuning, and it really is the best bang for the buck. It allows you room to grow with future mods (I have long tube headers currently, looking at potential for supercharger in the future), and you have the comfort of knowing its tuned to your specific climate and you're getting better performance than any canned tune. The increase in power over stock is pretty dang obvious, and with the MDS disabled and torque management reduced, it finally drives like it should.

The only caveat to the PCM exchange is getting a good PCM. The PCM you get in that program is from somebody else's truck that has been unlocked and cloned to match yours, so the unit itself is used. I spent about a month going back and forth with Diablosport trying to get a different PCM because the one they sent me was defective (they took it back, bench tested, and resent it to me saying it was good- finally got them to send different one and voila, it worked perfect). Aside from that, the process was pretty painless, and Sean had been very responsive throughout the whole process.

As a matter of fact, if I would have realized just how much the headers and tune would have done for me, I probably would have gone with 4.88 gears rather than 5.13's when I regeared for 37's, which would have put me back basically to the same final drive ratio as with the 33's and 4.10's.
Top

Great input. That makes a lot of sense. I had a Kenne Bell custom tune for 91 octane on my '01 Ram and it made way more difference than the Hypertech I replaced it with (when the original ECM died.) I do like the Pulsar can read and clear codes but ultimately that's pretty doable with a ton of different tools.
2016 Laramie; Locker Bypass, WK sliders, 35" Toyo MT, 2Lo Kit, ProCal, Airbags/Cradles, Thuren 2.5" King w/ Boogie Bumps, Warn SDP6000
Top

ramv wrote: ↑
Thu Mar 18, 2021 1:28 pm
Great input. That makes a lot of sense. I had a Kenne Bell custom tune for 91 octane on my '01 Ram and it made way more difference than the Hypertech I replaced it with (when the original ECM died.) I do like the Pulsar can read and clear codes but ultimately that's pretty doable with a ton of different tools.

Code reading, some diagnostic work, changing options/functionality of a ton of different things can be done with an OBDLink MX+ and AlfaOBD. It's a pretty comprehensive setup, and only about a $150 deal. A great deal considering it does a lot of things that you would normally need a scan tool for that usually runs thousands of dollars.
Top

For sure. On the tune and gears since you did both, which would you say gave you the biggest advantage? I've always missed the torque of my 8100 below 4000 rpm but if I hold lower gears the power on top is much better with the 6.4
2016 Laramie; Locker Bypass, WK sliders, 35" Toyo MT, 2Lo Kit, ProCal, Airbags/Cradles, Thuren 2.5" King w/ Boogie Bumps, Warn SDP6000
Top

The problem with our trucks is that the 66rfe has the same gear ratios as the 68rfe behind the Cummins, so the gear spacing is not ideal for a gasser. That combined with the weight of the truck and the 4.10's just don't feel sufficient, even with stock sized tires.

Its honestly probably a tossup between the gears and the exhaust/tune for me. If you plan to stick with 35's, I would probably start with a tune and see how you feel after that, because the cost of doing gears (especially if you have a shop do it) is significantly more. If you plan on towing on a regular basis, then re-gearing would probably be a for sure deal.
Top

Good deal, all makes sense. The 46RE/4L85E just didn't have enough gears, but I always have felt like the 6.4/66RFE should have done more and was leaning to gears even with 35"s. The custom tune sounds like a good start and then do the re-gear if/when needed.

Same progression I did 20 years ago.

I wont deny that a true PCM tune is the only option for real performance gains when adding aftermarket parts, or needing to extract every ounce of power out of a factory block....reliably too( i had a hemifever tune on order, but refunded after waiting too long for a computer..they bricked a few 2018 i heard)

BUT
i owned pedal commander for my PW and did have the Pulsar installed for a little.

Pedal commander in necessary for modern vehicles if you dont drive like a sissy. (ive had these modules in BMW, Hellcat, and jeeps Etc
it just works.

Pulsar is actual performance gains. theres no doubt about it. When i was able to hang with raptors, albeit, in their rearview, i didnt get gapped anymore.
You will get gains from pulsar, and you can remove it without a trace. Supposedly. I was never denied warranty work.

They get alot of slack, but the Pulsar is a real product with a real purpose. i had a few issues with their early model, so its on my shelf, ill sell it for cheap. I was going to send it back to them to once over but never got to it.
2018 Powerwagon-6.4 Hemi
Nanny kill switch and Locker Bypasses
Thuren Tuned King 3.0 & 2.5 Pintop Stage 3/2
17 Method NV-Toyo RT 37
Evo On-Demand Air Swaybar Disconnect
S&B Intake-Mufflex-Magnaflow/resonator delete
SPOD Bantam
On-Board air ARB CKMTA12
Baja design and Rigid Industries
Purple Cranium Spider dif guards
Pedal Commander
Top
Post Reply
8 posts • Page 1 of 1