Start your thread and show everyone your build out.
Post Reply
6 posts • Page 1 of 1

I put "build" in quotes because this isnt anything crazy, and some long term plans involved. Plus, a lot of this id just like to get some opinions on also.

So, i picked up a 22' Hydro blue pearl L3 recently. Snagged it at the local dealer, used (barely) with 4500 miles on it. The previous owner threw on a pretty nice bull bar with some riged lights and a bakflip bed cover, thanks dude. There were also some things he took with him, something in the grille and it looked like a spod controller (?) In the sunglass compartment. The lights are disconnected and foglights arent working either, so i guess he ripped some shit out in a hurry. But im gonna make the dealer handle that.

But my plans so far are to put some 37's under it first, on stock suspension, and the CJC raceline wheels. All that i hear about the stock suspension is that it could be improved, but its pretty damn good how it is, so im not in a hurry to change it yet. Then ill need to get rid of the nerf bars that are on it for some WK sliders, purple cranium diff guards, and abel components swaybar and locker bypass, somewhere in there ill need a controller for the lights i have, and BD ditch lights ill add and for other accessories im sure will come.

One question is guys with the level 3's how are yall setting up your interiors? Switches, controls, radios, etc. Or has anyone yet?

Let me know what yall think about the order im going in. Want to get wheeling asap, but make sure its protected. 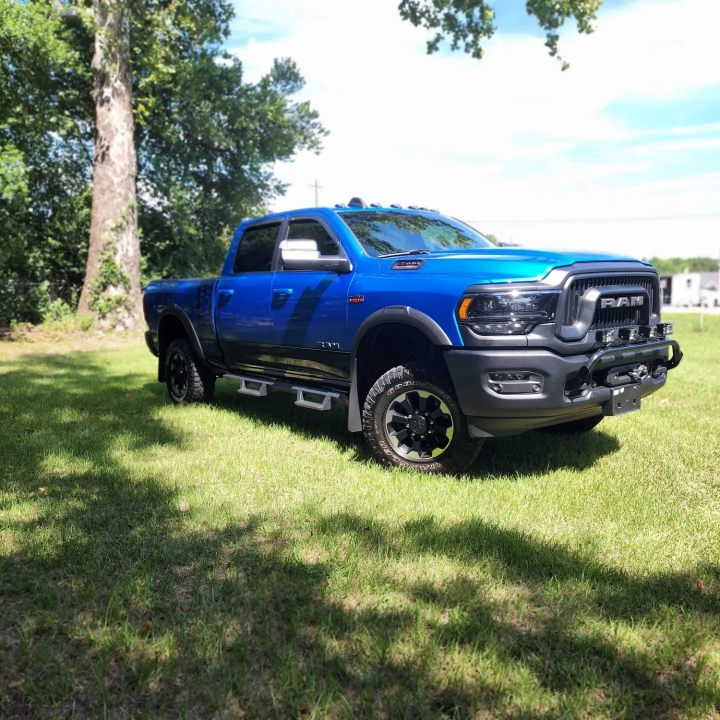 Sent from my SM-S908U using Tapatalk

Welcome to the forum,,, Enjoy

Welcome. Seems like you've done some research and are on tte right track.37s, sliders and diff guards are definitely first priorities. Maple Offroad is another option for the slider, but can't go wrong with either.

SimonandSimonBeast wrote:Welcome. Seems like you've done some research and are on tte right track.37s, sliders and diff guards are definitely first priorities. Maple Offroad is another option for the slider, but can't go wrong with either.

Yea, I've been educated pretty well by one of my friends who bought a 2018 wagon that has a lengthy build thread on here. Lol. Hes the reason I have a wagon now. Lol.
I just want to be able to wheel this pig asap, lol. But gotta make sure she's right so I don't have a oh sh*t moment. Lol. At least limit those chances.
I'll have time to do the other things I want after I got it protected lol.

Thanks for the input man

Sent from my SM-S908U using Tapatalk