In this thread we discuss new tools. Post your new tool buys.

Over the last few years I've been using Milwaukee M18 tools, mainly just the 1/4" impact driver, drill, angle drill, etc. I've reluctantly stayed away from the brushless because mine were good enough and I thought the first gen would get improved pretty quickly. Anyway, second gen M12 has been out a while and Milwaukee released a few tools that caused me to jump and upgrade to most of the M12. Specifically the M12 3/8 Impact. This isn't a powerhouse that will break giant fasteners but rather a small compact tool that is useful for the majority of the fasteners I am likely to remove. In the process I switched to the M12 1/4" driver, 1/4 ratchet, and 3/8 ratchet. 18v and 20v are easily more powerful tools but 12v far more convenient. 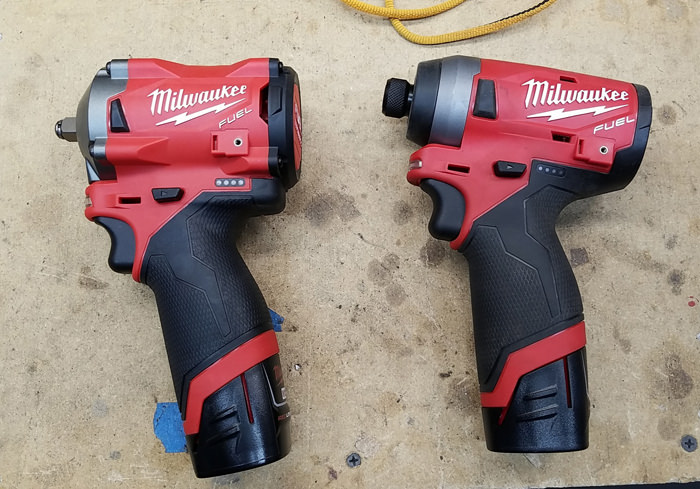 Also, if you're waiting to buy a electric ratchet, don't. Your elbows will thank you. The gen 2 Milwaukee ratchets are out but in my opinion aren't an improvement over gen 1. Gen 1 is smaller and puts out less torque (you don't need more torque, it's a ratchet, just pull on the tool if you need more torque). 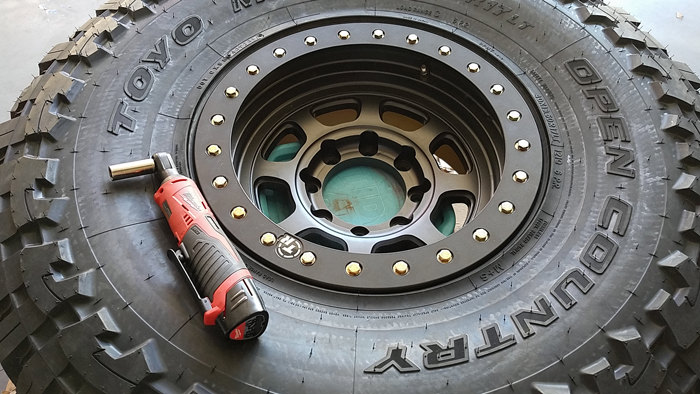 I just got the G2 Milwaukee M18 1/2" drill and trim saw. Big improvement over my old 19v Craftsman.

When I worked at the power plant. We started off with DeWalts. The batteries would not last a year before replacing them. The tools would last about 18 months before hitting the scrape pile. Management had a love affair with DeWalts. Took me 6 years to get them to change to something else. Ended up with Milwaukee's. They're still using the Milwaukee's. Working at Home Depot part time. The most returned cordless tools is DeWalt. Hardly see a Rigid or Milwaukee returned.
PWOC #53
2008 POWER WAGON RC

Rigid tools are made by the same company that make Milwaukee tools.

My cheap Rigid drill lasted me surprisingly long, in a hard life. The bearings are full of chips now and the batteries are toast but that’s 6 years of daily use.

My Makita 1/4” impact is outstanding and I use it almost daily. The Makita 1/2” still bought with it is absolute garbage - speed control is basically useless unless it’s wide open, chuck has axial and radial play in it from less than a years use. I feel like I’m going to snap it in half pretty often with how flimsy the housing is.

My Makita 1/2” impact is beefcake though. I kind of wish I went 3/8” impact because it’s got so much power I almost can’t use it on anything. Even the 1/4” impact I use with sockets on a lot of the truck fasteners up to 12mm-1/2”
Top 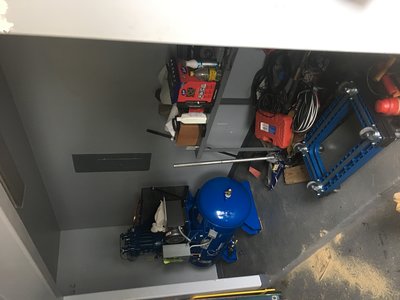 If it’s cool it does

And NOW the picture loads! Dude that’s sweet, how quiet is it?
Top

I got quotes last week from Kaeser for screw compressor/dryer/receiver combo. Gotta think those numbers over haha. Eaton Quiet compressors are looking aweful good at those prices!!
Top

Kaeser makes great stuff! It was between them and Quincy for me, and just came down to local support and dealer preference for me. I don’t know your compressor experience or needs, but I have a rotary screw compressor at another location and they’re beasts, but they prefer relatively consistent loads. They don’t seem to like constant or frequent cycling. Also they’re more maintenance intensive usually. But if a screw is right for your situation, they’re awesome! That’s why I went reciprocating on this one, with hydraulic unloaders/pressure oiling. Handles varying demand much better.

Also good call on the air drier, they’re an absolute must. I went non cycling refrigerated on this one just for simplicity sake, but upstream it’s intercooled and has a centrifugal moisture separator pre receiver as well. If either of those are options for you I heartily recommend them.

I assume this is for business purposes? If so skip right past commercial grade and go industrial if you can. It’s a whole different animal at that point and you won’t experience but a fraction of the downtime for compressor issues. Reliability is greatly improved. Also are you single or three phase? What kind of cfm are you looking at? It’s exciting stuff but also a hard pill to swallow because it does add up quickly price wise for sure.

I’ve got a piston compressor that’s done fine for most of my uses. I’m looking for a higher output compressor for a new piece of equipment coming in for the business

rigging company was over this afternoon planning the move.

I won’t know my air needs until the new machine is running. It will either be only around 5cfm @100 or might be 18-25cfm. I really want something that I don’t need to wear hearing protection around. The Eaton Polar Air stuff actually seems the best bang for the buck here, and very good quality. Quincy is really nice too.

You can buy even small Kaeser compressors on eBay with 30-40,000 running hours on them. Super reliable rigs. $10k is a lot for an air compressor haha!
Top 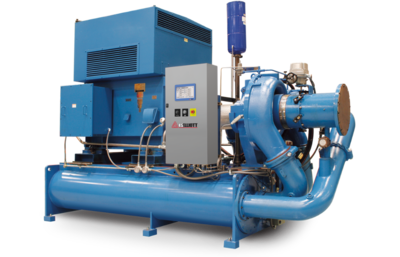 Oooh! So much new machine smell in this thread! I’m dying here Marcus! What do you need a rigging company to move?

We've got a Kaeser system at work. It's nice when it works, but we've had some issues with it too.
One included a call at about 1745 on a friday night just as I was getting ready to leave from one of hte manufacturing engineers. "Can you come down and look at the compressor? I think it's broke."
Go downstairs into the corner where the compressor is, and it smells of burning, and there's a puddle of oil under the compressor... "Yup, you're right, it's broke. I'm good at fixing stuff, but this is too broke for me."
"b-b-but production's down till its fixed!"

Turns out they really only needed to run leak testers, which only use a little fart of air every cycle. Shit, my little half-horse 12gal will do that all day long. Kaeser dude's coming on monday to look at it? Yeah, that's fine, I can go without mine for a few days.

Shoved the noisy little bastard into a closet, air line out the door to the assembly benches, and they were up and running...

Somewhere someone got a 240v two-stage 40-gal upright... problem is, the kaeser's a 208v 3-phase... "i mean, a couple extension cords, i could probably make that work, but god that's an ugly hack, and a huge fire hazard i'm not comfortable putting my name on... but that's a decent compressor, and not too different from what i'll end up with..."

then that nod, "y'know, if we have here at work what mule has at home, i'd say we're doing pretty well."

and on topic, sorta. Not really a new tool, but an upgrade to one i've had.
RALS has two marine cig lighter outputs. Light head uses one of them, when i'm using it as an area light.

I have a cig lighter to Anderson adapter, which I kept in the case along with a 4-port/30W USB charger. Also have a 12v laptop charger, terminated with Anderson, so last week I used that to run my laptop for a while (Just put a new battery in the laptop this evening, been running off it for about 2hrs now and it's still at 75%, where the old battery ran about 15mins).

Stopped by HRO, they carry Powerwerx/Anderson products. The round anderson adapters "should be" teh same size as the marine cig lighter plugs... easy wiring harness, and didn't have to modify anything on the RALS. Easy drop-in replacement.

And i've got one marine cig lighter for the light head, and a dual Anderson connector for whatever else. No cig lighter adapter needed anymore.

Definitely one of the more useful tools in my garage (and on the road, where utility power isn't always available and generators are kind of annoying to work next to).

He bought a Sybian XL.
Top

Every now and then you drop solid gold in a thread sir.

If it stays wrapped up and gets moved with an industrial forklift, nobody will suspect a THING