So I've had a flickering 4X4 indicator light on my instrument cluster for a few months, so I knew that my transfer case position sensor (TCPS) was on it's way out. It was on solid for a while and then went out all together and shifting the lever had no effect on it.

For the last month I've noticed a decrease in fuel economy and a lack of performance but just attributed it to crappy California corn squeezins. In the process of doing some R and D with my scanner, I noticed the TCPS perameter was indicating that the truck was it "4X4 Low" even though the indicator light wasn't on and I knew it was in 2WD. The failed sensor had caused my truck to revert to 4Low throttle mapping and I didn't know it.

It was time to take action. This is the second time I've had to replace the TCPS on my truck, the first time I used the factory part and it lasted 3-1/2 years, so I figured I'd try an aftermarket unit to see how long it lasts and save a little money. I used a Dorman #600-555.

When I installed the new sensor, none of the indicator lights would work because the plunger length was calibrated incorrectly.

What I ended up doing was installing a thick aluminum oil drain plug crush washer under the sensor to space it up slightly. That brought it into calibration and now everything works like it should. On the drive home there was a noticeable increase in performance and by the time I got home my MPG calculator gained 3/10.

My curiosity got the best of me so I cut open the old sensor to see what it looked like inside. The plunger on the sensor moves a contact sled up and down against a PCB with an assortment of resistors on it... Pretty basic. 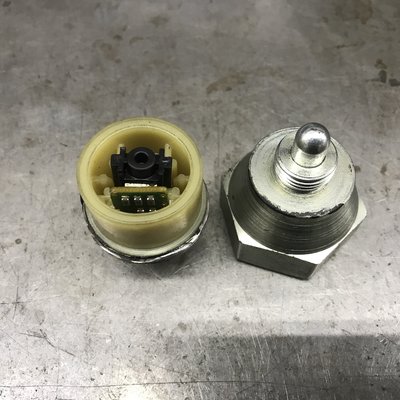 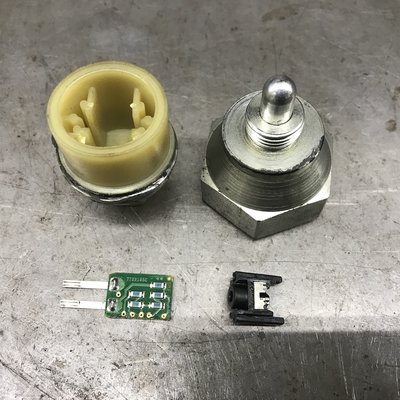 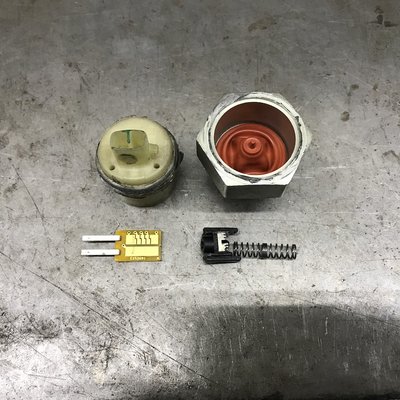 Amazing how much added complexity from a simple SPDT (err, whatever) is needed today.