If it's about Power Wagons, all generations, this is where it'll go. This is the original PWR Forum Power Wagon Technical Discussion Section. And this includes everything that doesn’t fit in any one of the other categories related to the truck goes here!
Post Reply
6 posts • Page 1 of 1 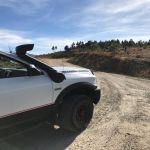 So let me start this by saying for 61,000 miles I’ve been trying to use my lockers the wrong way. I was always under the impression that the truck had to be moving. Not sure where that idea came from, and because I’ve been a bit of a whiney bitch about things, allow me to apologize for that.

So here is what I did today, and the lockers engaged flawlessly.

I did this process multiple times, and all but one time it worked flawlessly. The one time it didn’t the rears locked, but the front wouldn’t. I put the truck in drive, turned the wheel hard left, the as slowly as possible let the truck move forward. In 5ft the front locker engaged.

So again I admit it, I’ve been wrong all this time. I’ll take all the beatings I have coming. Special thanks to Oilbrnr who set me straight over at the Expedition Portal! 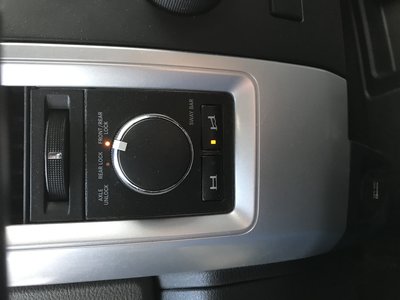 Whatever works for you.

Its typically the front that does not lock. An over ride box is important so its there when you need it.
2018 Flame Red, Moon Roof, Dual Alternators, Ram Boxes sadly Ram ran out of, Luxo Package with 8.4 UConnect, Enter and Go with remote start, Auto Wipers and Lights. Added missing skids and White Knuckle sliders. 35" BFG KM3s. Procal and Warn wireless remote for winch.
Top

I've tried everything and mine is still hit or miss. Backing has worked lately
Top 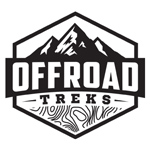 It's weird, not sure what idiot measures they've put in place. But when wired up hard, like mine, they are instant. Whatever it is, like that can't be moving more than 3mph thing, it's all based on the smartbar.

When my smart bar died, my lockers died with it. Which is how I ended up hard wiring mine since it was one week before PWIM when it shit the bed.

But I honestly prefer the hardwire switches. It's instant. And I can turn on front or back independently.
2015 Power Wagon Laramie - "ROCKLANDER"
-------
[Build Thread] [Instagram] [Youtube]
------
Full-Size Off-Road Events & Overland Adventures
Top

Exactly, on most 4x4s there is a big delay when a locker locks normally, and they can be finicky given drive-train stresses and such. Or building up air say. But the Power Wagon lockers are click and go, no fuss no muss. But they have a long time design flaw preventing that operation until you over ride the nannies. The move is towards use up to a certain speed in high range, and Ram should do the same. You have to be ware of someone driving at highway speeds locked, but there has to be a better way then making them un-usable.
2018 Flame Red, Moon Roof, Dual Alternators, Ram Boxes sadly Ram ran out of, Luxo Package with 8.4 UConnect, Enter and Go with remote start, Auto Wipers and Lights. Added missing skids and White Knuckle sliders. 35" BFG KM3s. Procal and Warn wireless remote for winch.
Top
Post Reply
6 posts • Page 1 of 1